Maybe its good the Falcons lost

That last game on December 28 against the Panthers was painful. It started off feeling like the calls were going against us. Then thankfully we lost in a blowout so the calls did not make much of a difference. All of the flaws of the season shown in full force. If we had won, we could have beaten the Cardinals and played a close game in the next round against the Seahawks. That may have kept Smith around for another year. It is time for a change, lets look at possible candidates: 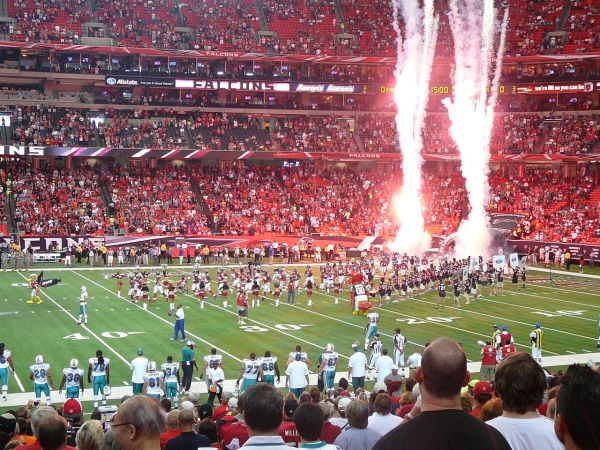 1. Nick Saban: As mentioned before, Pete Carrol has outdone him by winning championships in college and the pros. Does Saban have the NFL itch again. Lets hope so and help UGA at the same time. Blank can thrown any kind of money at him. Hell he can fly him back and forth to Tuscaloosa on a daily basis if he wants to.

2. Jon Hardbaugh: A proven winner who has an NFL championship under his belt. He was hung out to dry by Ravens owner and GM after the Ray Rice incident when he was the only person out front answering questions even though he was the only one who wanted Ray Rice off the team. Perhaps he needs a change of scenery. Atlanta is a pretty place to be.

3. Rex Ryan: This is the one that has surfaced in the rumors. Supposedly this was Arthur Blank’s first choice before TD convinced him to take Mike Smith. Perhaps he can partner with his brother Rob and we can actually have a defense. This is the most likely person.

4. Bill Cowher: This name has been thrown around. I have no idea if he has the itch to go back into the NFL coaching seat. If so, he has shown he can win and I would be happy.

6. Tom Jackson: My personal choice. Never coached but he is a scary man and a smart man. He would not put up with any BS. He might be comfy in his ESPN booth but I think he would make a great coach.