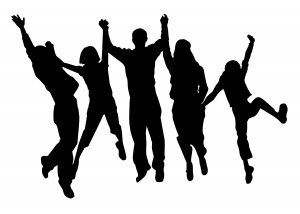 The most common question I get is “Where are you from?”. The most common answer I give is, “I don’t know”. Here is why that is so. My parents are from India and so I have brown skin. But they moved to England for a few years. That is when I came into the picture. Our family moved to the US when I was three (3) years old. We moved to Augusta, Georgia. As a result, I am huge Georgia Bulldogs, Atlanta Hawks, Atlanta Braves, and Atlanta Falcons fan (I was an Atlanta Flames fan too until they moved). Then shortly after starting 3rd grade, my father got a better job in Lansing, Michigan so off we went on October 31 to Lansing. I was bitter for a couple reasons: 1. we moved on Halloween so I did not get to go trick or treating that year and plus I was not exciting about leaving the warm weather of Georgia for the cold of Michigan. So initially I was in Haslett and spent 3rd, 4th and part of 5th at Ralya and then my parents bought a house in Okemos and so I went to Central Elemantary, Kinawa Middle School and the old Okemos High School (now Chippewa).

I went to Ann Arbor for my undergraduate degree at the University of Michigan. Then I took my first full time job in the suburbs of Chicago. I spent 4 years then and then moved to Austin, TX to get an MBA from the University of Texas. After the 2 year program, I joined a company in Austin and worked there for another 6 years. I then spent a few months in North Carolina before deciding to go to Medical School.