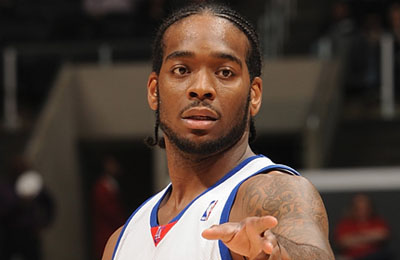 The Hawks always deliver as promised. The Atlanta Hawks teased us into thinking we were going to get a former Laker center. Little did we know it would be Josh Powell and not Shaq Diesel. I understand Shaq is way down the slope of decline but he still averages 12 points per game in about 24 minutes of action with 6.7 rebounds. Not to mention he clogs the lane. Those are pretty impressive numbers. Not to mention, last I checked, the Hawks cannot stop little guards to drive all the way to the hoop time after time and running a couple pick and rolls to get the matchup the guard wants.

The Hawks pretended to be looking for a top notch coach in the beginning. Avery Johnson was even interviewed a few times. The Hawks were hoping they would get snapped up quickly so they could get some good PR for going after a coach who has had some success without looking cheap. Unfortunately for them, Avery Johnson did not get a couple other jobs and was still out there so the Hawks had to drag their heels. Finally, somebody took him and voila, the Hawks made their decision within the week. They chose the guy with no experience as a head coach, who was the cheapest option available, who promises a futuristic style of offense that is sooo complex that it can’t be described. My two year old makes similar promises. The difference here is that I love my two year old and that’s what two years olds do, Larry Drew, not so much, he just sounds foolish.

As for Josh Powell, he was a non factor backup who comes cheaper than Shaq for stats that do not even come close to Shaq’s declining numbers. In addition, Shaq would have brought more people to the stadium but our buffoons who own the team don’t have anything more than short-term vision.

Every day I used to pray that Arthur Blank decides to buy the team. Now, I just hope anybody would buy the team, as long as it is not one of the current owners.