The problems with Matt Ryan

The Falcons are chugging along with the same record as last year, a slightly improved defense that still leaks but with a struggling Matt Ryan. I don’t see the nickname “Matty Ice” as a fitting name. Here are the reasons why:

1. Lack of elusiveness. Despite Matt Ryan running a couple times in this last game against the Bucs, he rarely avoids a sack. You of course have some very elusive quarterbacks like Russell Wilson, Aaron Roddgers, and Cam Newton but even people like Tom Brady, who moves as fast as molasses, is better at avoiding sacks and stepping away from pressure. When pressure is near, Matt Ryan folds like a stack of cards. He rarely side steps tackles. It is a problem with no remedy.

2. He throws a soft pass. Some quarterbacks throw darts. When that is the case, only his receivers will catch the ball and if the defensive back is in the path, they cannot catch the ball. The problem with Matt Ryan is that he throws a soft ball. That is great for our receivers however if the DB is present, that is also great for the DB because it makes it easier for them to catch it as well. 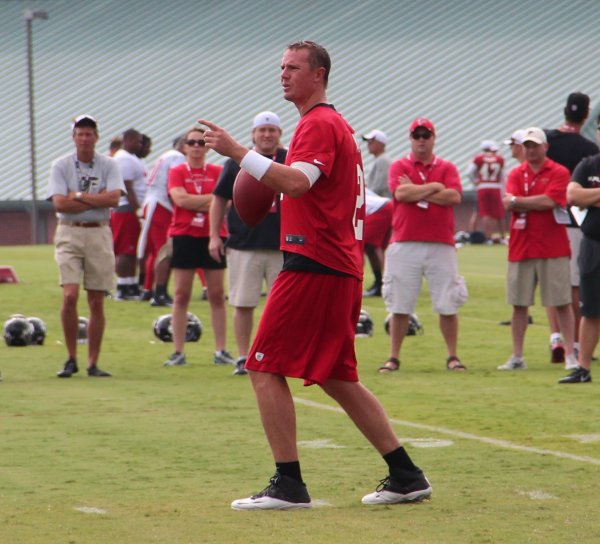 3. Problems in tight windows. Related to with the soft pass, it is impossible for Ryan to get a pass in a tight window. His receivers need to be wide open to get the ball.

5. Poor passing on the run. Even if you are not mobile, some quarterbacks throw amazing passes on the run. Matt Ryan throws offline passes. At the end of amazing play, it is usually that the receiver made a great catch, not that ryan made a good throw.

With all that said, the Falcons seem to be winning the close games. They seem to win in a stupid fashion but they are somehow winning. Ill take a stupid win over a hard fought loss. We won the lions game, bucs game, saints game all on stupid wins. Lose those and we are having a very average year with no chance of the playoffs. All I ask is to get in the playoffs since anything can happen once we are there.