Georgia Dawgs is in 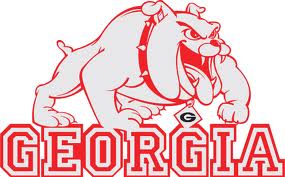 As I expected, Georgia is in. Fortunately the NCAA selection committee is run the way it is supposed to be and not by the so called analysts we see on TV like Bilas, Phelps, Lunardi, and Dick Vitale. These guys are very biased to the power conferences and especially the ACC. They also only focus on a team’s wins and not their losses. What you are supposed to look at is the entire body of work. Yes, so Colorado beat Kansas State 3 teams, but they also lost to San Franscisco and Harvard. Play some tougher teams and play them tough, and you are rewarded, as you should be. Same with Virginia Tech, they were a good team all year.

Georgia has no real blemishes and were never really destroyed in any match up. They played like a 10-seed the whole year not just in a couple games. So did UAB, they played well all year and played consistently well enough to get in the tournament. This tournament is not about having one big win to get in, it is about playing well all season. Now it is time to prove we belong.

If we could just get these same guys to run the BCS then that would make football better.