Georgia got a wake up call. I almost think the loss was a good thing. Hear me out. Georgia was probably full of themselves. They were 0000001 in the land and people were already talking about the Alabama vs UGA matchup in the SEC championship game. People were already saying how even if the Dawgs lost to Bama, they would still be in the top 4. 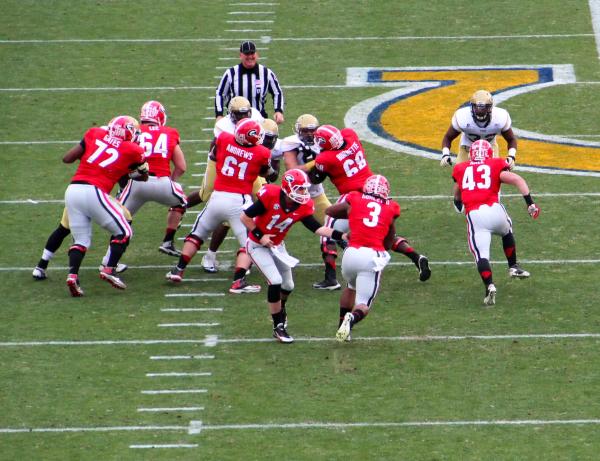 Well now, Georgia got spanked. Georgia had alrady clinched the SEC east and so they are going to still get Bama in the championship game. Now if they lose that game, Georgia would be out. With 99% certainty, Georgia would be in the final 4 if they run the table from here on out. Notre Dame losing also hurt Georgia since that was their signature win plus it was a loss to the UGA former coach who usually never wins a big game, much less by a blow out.

So Georgia must Win out of course or this is all for not. Lets see if they are ready.

As for Michigan, MSU losing sucks as an MSU fan. If Michigan can beat Ohio State, this could bode well for maybe winning the Big Ten East. Is this the year a 2 loss team gets into the final 4.