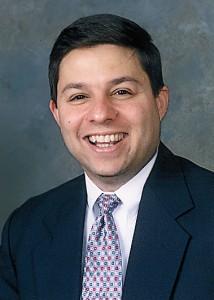 Joe Lunardi, King Bracketologist, says that Georgia is one of the last 4 four out of the tournament. He, also, at the same time, moved Michigan State into one of the last 4 in. Now he says Georgia does not have any impressive wins. How about that Georgia does not have any unimpressive losses. They have beaten everyone they were supposed to. There last loss was to an Alabama team that has yet to lose at home. They have beaten Kentucky and lost a few heartbreakers with none worse than the last second shot by Florida to take the game at Stegmun into overtime.

MSU has done less but is it because they did well last year in the tournament and Tom Izzo always brings outs the best in his teams in the tourney? They lost to supposed bubble team this past weekend, the University of Michigan, and they previously lost to MSU at home so you cannot make the argument that Michigan State is playing better later in the season.

I’ll go out on a limb and say that Georgia is in regardless of how they do in the SEC tournament and even if they lose to Alabama in the 2nd round of the SEC tournament. Michigan State may also make it as well, but I do not think they deserve to, although, if they do, I will not bet against them.

Hopefully, the Dawgs beat Auburn and Alabama and make this a moot point in which case even Lunardi would have to agree they belong in the tournament.