I was looking for a decent laptop since my laptop had broken a few months ago (it was over 7 years old) and I was tired of being confined to the laptop. My only requirements were that I wanted a PC, Windows 7 or later, and a minimum of of a 200 GB hard drive. My requirements are pretty minimal since I do not do any gaming.

After looking for a great deal for a couple weeks using sites such as slickdeals.net, headlinedeals.com, i was lead to a Groupon offer for an Manufacturer Refurbished Acer Aspire 11.6″ Laptop (ES1-111M-C7DE). I had never purchased a refurbished computer before and generally do not want to however at a price of $169.99 + $10.19 tax, it was too good of a deal to pass up.

I had never used Groupon before but was pleasantly surprised at how easy the process was to setup an account. It was not as straightforward to use the groupon and make the purchase. I dont think groupon made that process and their website very straightforward. THere was a period of time where I had purchased the groupon but was unsure if I had to do another step to use the groupon to purchase the laptop since the purchase is through the groupon site. Eventually an email came that said I just had to wait for the computer to arrive. The computer arrived within a few days. 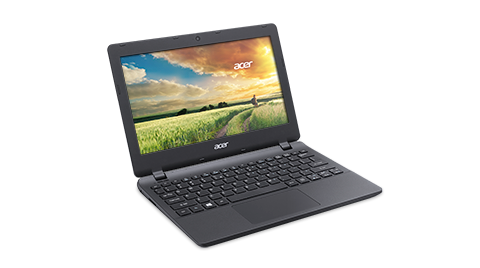 The computer is ready out of the box. I am not accustomed to Windows 8 and quickly flipped back to a more classic Windows 7 look. The computer has tons of Acer bloatware and was extremely slow to do the most minor things.

My first thing I did was run all the windows updates which took a while and run advanced windows care to clean the computer. After several hours of updates, it was a little faster but still very slow. The biggest problem I had and still have although it is much improved now, is that the cursor freezes and I have to hit Fn7 twice to intentionally freeze the cursor and release it. I could get an external mouse but that seems to defeat the purpose of a laptop to me.
Since the computer was still too slow, I googled how to make windows 8.1 faster and utilized all the tips i could find. Then I started removing all the Acer specific software but I would always google search the software name to make sure it was not an essential software. Removing all the bloatware helped the speed tremendously because a lot of these programs load on start up. I also cleared up the programs that load during start up. This helped tons.

The other big problem I had was some of the separate software I used is not compatible with Windows 8. I did some google searching and found out I can still load the software. Two in particualar were cumbersome: Peachtree Accounting Software, and ACT contact management software. I loaded the software and generally works well. The problem I have is that often times when I restart the computer and then try to load ACT, it says there was an error loading the software. After multiple of hours of searching online, I used various pieces of actdiag.exe (the ACT software diagnostic tool) and figured out a combination of the tools that would make it work. It turns out somehow the index files get corrupt or broken on each reboot. So I have to do a quick check and then a fix of the index files which are the two tools listed on the upper left of the program. I have to run both for it to the fix the problem. Its a nuisance but fortunately only takes about a minute to run.

Overall, I probably would have been better off not being so cheap and I should have gotten something better in terms of a laptop. I definitely should have just wiped the hard drive clear and loaded Windows 7 before doing anything else. That probably would have solved many of my problems however I dont think I have one unused Windows 7 and as you can imagine, I am too cheap to purchase it. I STRONGLY recommend everybody remove all the Acer bloatware and adjust what programs load on start up. Overall, for under $200, I really wont complain too much but i probably wont keep this for more than a year before I pass it on to some other family member.