The Story Behind the Name Jamal

Since we found Jamal early on his life and since he was abandoned at the hospital, he was John Doe. As a result, we got to name him.

How We Came Up With the Name

As is the rule for all my children, we want names that are two syllables or less, easy to pronounce, and Muslim names.

If you know me (Saif), you know I’m an avid sports fan. More than that, I am avid Georgia sports fan which includes the Atlanta Falcons, Braves, Hawks, Thrashers, Georgia Force, Calgary Flames (true fans can figure this out), and Georgia Bulldogs. 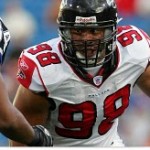 The National Football League draft was a couple months ago and the Falcons drafted a lineman named Jamaal Anderson. He comes from a solid background with teachers/professors as parents and is supposed to be a model citizen and supposed to a raw talent that could become a great sackmaster (Update 2009, in 2 years he only has 2 total sacks but at least he still appears to be a good citizen, see other update below). In addition, the year the Falcons went to the Superbowl (I’ll never forgive Eugene Robinson), they were lead by a running back named Jamal Anderson. 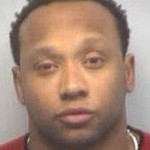 He had to retire a couple years later to due major knee surgery. It’s odd that we had 2 players with almost the same name. He too appears to be an upstanding citizen (Update 2009, he was busted for possession and usage of cocaine in a restaurant bathroom stall in Atlanta). Of course, Jamal is also easy to pronounce so we decided to name after the lineman Anderson but use the spelling of the running back because we figured that would be easier.

Meanings and Pronunciation and Variants

It is an arabic word that means handsome.

* Jamal is the name of the main protagonist in the highly acclaimed 2008 British film Slumdog Millionaire.
* Jamal Abd al-Nasir: first Egyptian president,, who created the United Arab Republic (UAR) between the republics of Egypt and Syria.
* Malcolm-Jamal Warner of “The Cosby Show” fame.
* Jamal Anderson – former running back for the Atlanta Falcons/current cocaine snorter with a preference for snorting off toilets
* Jamaal Anderson – Defensive lineman for the Atlanta Falcons
* Jamal Duff – actor
* Jamal Lewis – running back in the NFL
* Mumia Abu-Jamal – famous death row inmate
* Jamal Crawford – Professional basketball player who attended the University of Michigan

Its peak popularity appears to have been in the early to mid 1990s as you can see from the graph below: