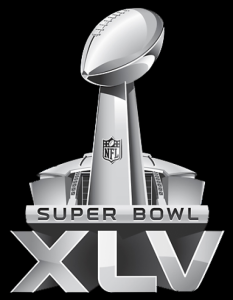 I am a firm believer in patterns. I will not be watching the Superbowl because I am still upset about the Falcons’ loss and I am on a sports boycott to cleanse my soul. I have, unfortunately, found out who is in the Superbowl since it is plastered all over the regular news.

I am rooting for Pittsburgh. I am a true believer in patterns and based off what I have seen so far, I believe Pittsburgh will win and will win comfortably. Here is why:

First off, I believe patterns reset each calendar year so we do not have much of a pattern so far this year but we have enough. In 2010, it was the year of the expected. Two heavy weights in the finals with the favored heavy weight winning. The Saints who dominated the season with an amazing offense beat the perennial contender Colts. Nadal and Federer swept the Grand Slams, Serena dominated the women’s tennis curcuit. The Lakers outlasted the Celtics in 7. The UConn women’s basketball team dominated from start to finish and Duke took care of the men’s side. The only wrench I saw was the Giants winning the World Series over the Devil Rays. One would have expected a Yankees or Phillies victory.

So, for 2011 we have enough of a trend for me to tell you who will win. First off, NCAA football national title game was won by an SEC team which is a power conference who has dominated the turf in the last few years. Alabama was supposed to be the team to beat but Auburn prevailed. Auburn had an undefeated season a few years ago and was left out of the title game but they are always dominant players, just usually not the champs. Oregon on the other hand is always a top 10 team but could never get to the title game. Usually they were thwarted by USC. They played a poor game and lost. In the Australian Open, the favorite Nadal bowed out early in the quarters and Federer dropped out soon after in the semis.Djokovic, a guy who had done it before but who was not the favorite dominated a poorly played match against the Brit, Murray, who is still trying to get his first grand slam championship.

The trend should be obvious now. The Aaron Rodgers packers are the Murray/Ducks in this scenario while the Steelers are the Djokovic/Auburn team. Pittsburgh has done it before but they were simply not favored at the beginning of the season. With this trend in hand, I do not see the Lakers winning the NBA championship. This scenario favors the Spurs or Celtics beating the Heat or Mavericks. In women’s basketball, it means that UConn will lose somewhere and maybe  Stanford or Duke will prevail. On the men’s side, it means maybe a Kentucky team or a UConn that will will.

More on the other sports later.

For now, I think Pittsburgh will dominate and win without any last second heroics.