Spurs are old and have horrible role players 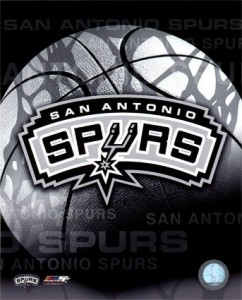 I saw one article on the San Antonio Spurs saying he was like Stephen Jackson. I think that is too generous. Jackson was awesome when he was with the Spurs. He was our Vinnie ‘The Microwave’ Johnson. He could come in for 10 minutes and get 10 points. He was energetic, he could carry a game for stretches. Jefferson is simply bad. He is a bad defender, bad shooter, a bad finisher near the hoop and a bad decision maker.

The unfortunate thing is Bonner is useless as well. He cannot make shots consistently in the playoffs like he does in the regular season and his defense is atrocious.

Antonio McDyess is overrated. His defense is marginal and he can no longer consistently make that mid-range jumper.

The worst part is Tim Duncan is not so good anymore either. I have lots of respect for Duncan and he brought us a lot so I have no complaints but the man misses easy tip ins now, is a poor defender, and can barely jump. We need a Duncan to a Robinson. By that we need to be grooming somebody to take over this team but we do not have one. Emanuel Ginobili is still awesome but he is 1/2 a step slower and he is older than his actually age due to all his international play and his style of play.

The immediate future looks bleak. Fortunately, Dice is retiring. If there was a way we could trade Jefferson and Bonner for big man, that would be great. We need a real center. We can never get key rebounds and we can only get one shot. Get rid of those two big useless contracts, and I think we have a chance to retool without rebuilding. Could we make a play for Dwight Howard? Assuming Pop stays around, Howard needs a San Antonio as a city is not a big lure.

For the Spurs, a lockout will not be such a bad thing as much as I hate to say it.