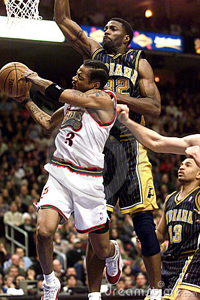 Playing the trends as you know I like to does not give any obvious answers this. Let’s look at the year so far:

2. NCAA basketball: The favorite University of Kentucky beat the dark horse Kansas. The U of Kentucky wildcats are hated mainly because of their coach (calipari). On the womens side, the favorite Baylor ran the table

3. Australian Open Tennis: The favorites on both the mens and womens side won. Both beat former stars who had to take a backseat.

Common themes: the favorite played in the finals and mostly won. The winners for the most part have a tradition of winning in that sport.

So who does this favor in the NBA. The Heat are the favorite but do not have a rich history of winning. The lakers, celtics and spurs have the tradition of winning unlike OKC or the LA clippers. Based off the tea leaves, I think the lakers beat the heat.

The celtics and spurs are too old and will wither in the playoffs. Chicago is a one trick pony and the pony keeps getting hurt. Okc will find a way to lose. The lakers basically have the same team as the prior years sans Odom but now they have a speedy guard and are flying under the radar. Despite the coaching of Mike Brown, Kobe will lead them to the promise land.