The Hawks flamed out in hawk fashion with little fight throughout and minimal adjustment. I feel they were always a step behind all season and they lost to all good teams all season. The Spurs also crashed out after playing poorly along with some suspect late game officiating. I think between San Antonio, Golden State, and Oklahoma City, The Cavs were hoping for the Spurs because I think the Cavaliers do well against teams that have slow guards. 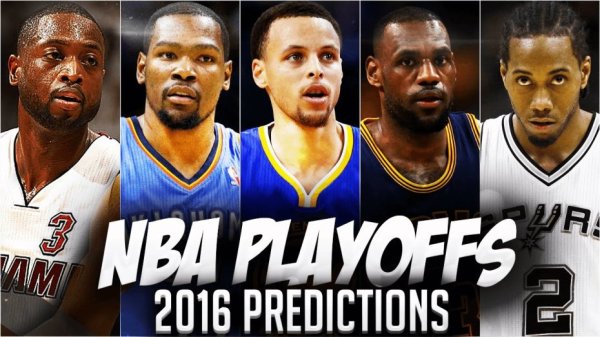 Of course, as we all know, the Cavaliers are already in. Toronto put up an occassional fight but missed too many open shots coupled with some of the most biased officiating I have seen in a while along with having the dufuses of Mark Jackson and Jeff Van Gundy who will always support anything LeBron does. The embarrassing part was that the whole Cavs team was getting biased calls. How many times does Thompson push off on the oppononent who has better positionting (Answer: almost all) and how many times does the whole Cavs team set a pick where the picker either hip checks the opponent or moves with the opponent (answer: almost all the time).

I think both the Thunder and Warriors fair well against the Cavaliers and I think the Thunder fair better. The length of the team along with the speed of Westbrook would be unstoppable against the Cavs who rely on rebounds and shooting over people. I think the Warriors also do well however they lack the ability to rebound and they will end up losing Draymond Green for one game and have to try to time it so it is during a game in Cleveland.

If the Thunder are in: Thunder in 6 games
If the Warriors are in: Warriors in 7 games