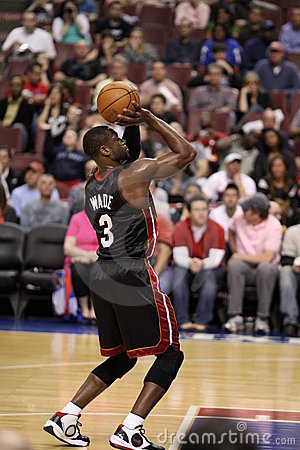 My round one predictions were as follows with the results after it:
1. Hawks over Celtics (with a prediction of the Hawks losing to the Bulls
in round 2.  As we sadly know, the Hawks squandered a golden opportunity to
get all the way to the finals.
2. Heat to sweep NY: I was spot on on this. You know my feelings about
Carmelo and he did not disappoint. Carmelo was happy enough simply to score
well.
3. Bulls sweep the Sixers: I of course did not anticipate Rose going down
so I was thrown off like everybody else. I however did not have the Bulls
winning the whole thing

4. Indiana over Orlando: Got this right. Orlando was dead in the water. I
thought they might win a game or two
5. The Spurs to sweep the Jazz. The Jazz stink, this was an easy call.
6. OKC over Dallas. I thought this would go to 6 or 7 and never thought we
would see a sweep. Dallas gave up 2 key role players in Chandler and Berea
and Odom flaked out so there was no chance to go far
7. Lakers in 6 over the Nuggets. I was calling this loud that the Lakers
would intentionally tank 2 games to take this to 6 so they could get Metta
World Peace  back for round 2.  I think this is what they did but they did
not anticipate Kobe being sick for game 6 and so it took 7. The lack of
height and really lack of talent prevents them from winning.

8. Memphis over the LAC in 7. I was almost right. I envisioned the games
they played against the Spurs last year where Memphis made everything
anytime but it never materialized.

Now for Round 2, here is what I was predicting prior to Round 2 starting:

1. Spurs over the LAC in 5.  The clippers are too banged up and do not have
enough talent to match the Spurs
2. LA Lakers over the OKC Thunder in 6. Too much height and the black mamba
and lingering effects of that last meeting in the regular season where OKC
choked. LA was my call for the championship. I’ll be happy if I am wrong on
this one since I do not like LA.
3. Celtics over Philly in 6 games.  Too much experience vs too little
talent
4. Heat over Indy.  Too much talent at the top vs inexperience. Not holding
true after Bosh went down. I big blow. Another one I am happy to be wrong
about since I do not like the Heat.