The last night on the island was a complete panic. I took a series of 1-hour naps since I was pressed for time. Learning all of the head and neck and reviewing a whole semesters worth of Anatomy, Histology, and Embryology is a daunting task. Fortunately, by my calculations, I am in the top 25% of my class overall so I have some cushioning to do a little worse on the final because I assume they will not fail over 1/2 the class even though they claim there is no curve.

Sunday morning was spent simply going through all of the U of Michigan website anatomy questions for head/neck since I had no time to actually learn everything at that point. I just wanted to be able to answer the questions and will have to learn it later.

FYI: I was taking exams a week before everybody else. The judge in NC wanted Tannu & I in NC during finals for some homeland security issues and other paperwork for the adoption of Jamal. They gave a specific day and time and if you reschedule, you never know when they will reschedule it, could be the next day or 6 months from then.

Sunday, there were torrential rains all day. Rarely does it rain during the day. Sometimes at night. Seeing as all I have is a bike, I figured it would be a wet ride to class. Fortunately, I got lucky, and the clouds broke 20 minutes before 3pm when my exams started. It broke for 10 minutes for an 8 minute ride and started pouring when I got there. It was a good sign.

When I got there, the professor was finishing making the exams. The panic set in. I hate the feeling of not being completely ready. I had to take 3 final exams back to back and then had a school meeting. I started with Anatomy. The panic hit in full force on the first question. Usually they will give you a couple gimme’s to get started before it gets tough. He should an X-Ray of a fractured humerus. I could name every bone connected to it apart from the bone itself. This was probably the easiest question we have ever gotten. Fortunately, I gathered myself and got all the remaining slides. The multiple choice portion was difficult but I was sure I passed. Took a 15-minute break and then took Histology. This was the opposite. The pictures were hard and the multiple choice was easy. I knew I passed this one, too.

I managed to get through all 3 exams without too much pain. I had a meeting with a couple of the staff of the school right after for a couple hours. It was a painful day. But alas I was done. 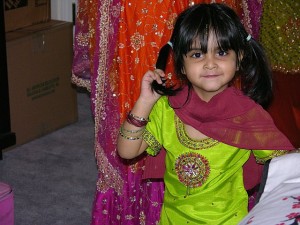 Now I could see Hibah.

Took the entire day to get home. Flight left Bonaire at 7am. Of course, I got the random search in Puerto Rico but still managed to get an earlier flight to New York which meant I could get an earlier flight to Michigan. As we were approaching NY, the pilot said to prepare for landing. Half an hour later, he said it again and then again another half hour later. Then he came on and said they had to land in Newark now instead. Once we landed he said there was a problem with the landing gear so we had to land in Newark. I didn’t understand the logic but at least we were on the ground. Then they made an announcement that nobody could get off the plane and the pilot would decide the next step. Apparently Newark is only about 1/2 an hour from the NY airport we were going to land at. For some people that was there final destination so they were upset they could not get off. After an hour or so of sitting on the plane, eventually they said you can get off but your bags would still go to NY. I asked the CS rep who came on the plane if there were any connections to Michigan from Newark. She said she did not know. I asked if I could check. She said yes but if I set foot off the plane and there is not a connection, I could not come back on. So I asked if she could check, she said no. 4 hours later, they finally decided to make the 5-minute flight to NY. I missed my early connection and had another 5 hour layover. Eventually I got home. Hibah was sleeping and I brought her to my bed. An amazing cure for sore eyes. The next day when we woke up, all we did was play.