Time for Round 4: Hawks vs Magic with my favorite Hawk Zaza Pachulia 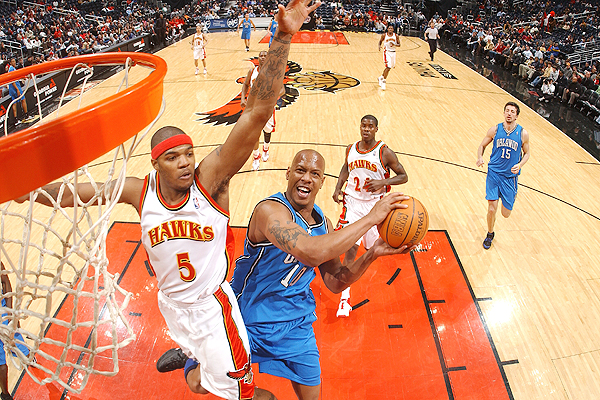 I love Zaza Pachulia. He is my favorite Hawk. He is the only guy I see standing up to other teams. J Rich is an idiot. He said he came in because he thought Pachulia fouled Howard excessively. I guess he did not care that Howard threw an elbow. Plus, Pachulia was walking away from Howard when J Richardson approached him. Neg gain, Hawks. Richardson is a starter. Pachulia is our energy guy. I think we survive.

I hate how our coaches never posture by complaining about calls. Learn from Phil Jackson, it works and he has a ring or two. We need to start complaining about how Howard takes cheap shots all the time and because he is a star, he gets away with it. Howard has a delicate psyche, and if you mess with his head, he is liable to do something stupid on the court, get frustrated, overplay, and get technicals. We need to complain about Van Gundy complaining. Some of the battles are the playoffs are done off the court, but we never play those battles and so we lose them.

I am excited. We tried to lose game 3. We tried our best. We played all iso with horrible long range shots, no ball movement and porous defense. Clutch shots by Horford and of course, Crawford, saved us and even there, only Horford’s was a good shot attempt. I still do not understand why our offense has Josh Smith sitting out at the elbow for the whole play. Nobody can cover the guy and he can get to the paint any time he wants. Half the time, we also have Horford on the other elbow.

I understand that J Smith is often times playing the 3 spot with Horford at the 4 but we need more motion on offense and we need to try to penetrate and go straight into Howard like Joe Johnson did late in the game. The only way is to go right at him. Howard has low basketball intelligence, so not only will he get the foul, he will also eventually get a technical.

On a separate note, the Spurs look old. After 3 games, with each one being close, I am amazed that the Spurs are close at all in any game after watching them play. The more surprising part is their late game execution has been horrible. Relying on 3 pointers all season will come back to haunt them as that never works in the playoffs. Jefferson needs to show up but I am guessing he never will. We need another George Hill moment like a couple years ago when he lit things up. Somebody needs to step up apart from Ginobili, so far nobody has.