I have never been so happy to be wrong. In game 3 I thought for sure the Spurs were going to choke the game after the lead dwindled down to 7 points after a nearly flawless first half. The role players really stepped up. Bellinelli with a 3 pointer, Diaw was amazing, and Patty Mills is my hero. Patty was unstoppable on 3s and his defense was amazing. You could tell the Heat were annoyed with his gnat like defense. Tony Parker was right in that this victory was so much sweeter considering the devastation of last year’s loss. 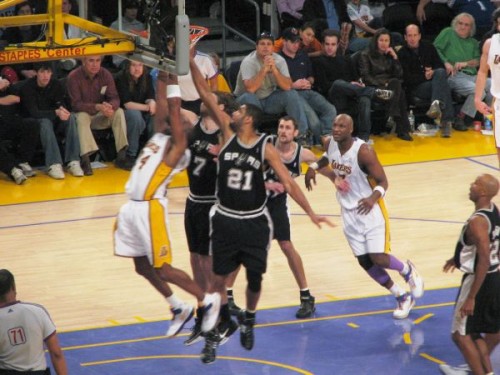 I loved the parade, I wish I could have been there. My hopes for next year. I hope we retain the big 3. I hope Kawahi signs an extension. I hope we letter Bonner go. I have never seen his value. His defense is horrific and his 3 pointer is unpredictable plus he has a long windup and shoots from down low so he has to be extremely wide open to even get an attempt off. I hope we keep Diaw because I could see him as a decent replacement for Duncan. I do not think we can afford to keep Patty Mills but I would love to do so. Overall, I have enough trust in the Spurs to do the best for the team.

Still riding the Spurs high made taking the U of Texas College World Series loss to Vandy in extra innings a little more tolerable.