Graciously, we were let out of our hotel in Gulf Port. The pool was ice cold and the gulf in Gulf Port was not much fun to swim in because a. it was freezing cold b. It was murky/seeweedy due to other islands blocking the waves and natural flow.

We got to the Harrah’s Gulf Coast. It is easy to find on the main strip. It is however difficult to figure exactly where hotel guests park vs casino visitors. Plus, add to the mix that we had our car top luggage carrier and so we had to make sure we fit in the garage. After driving around the building once, I stopped in the bus step and went to check in. Check in took a while. There was only one person and about 5 people and it appeared that none of the checkins went smoothly. About 30 minutes later, I got keys to our room. A luggage rack was easy to find and we loaded up the cart and they waited just inside until I parked the car. I was told I could park in the dirt lot if the van was too tall but we tried the covered garage and had about 1 cm clearance. The van did scrape some of the signs. 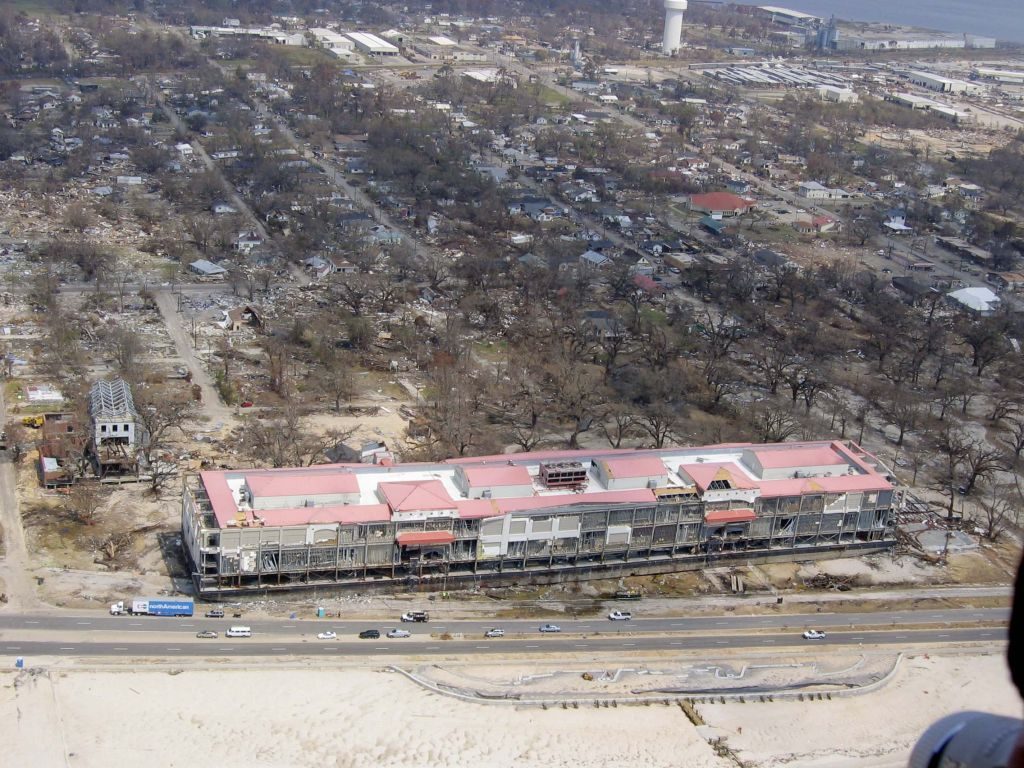 Getting to the room was a breeze. The room was decent but nothing special but it was clean just not overly spacious. No free breakfast was included but the selling point of the hotel was the outdoor heated pool. In the evening it was chilly outside so we skipped going to the pool but it did look amazing. The pool has a nice set of red ambient lights that really make the pool picturesque. In the daytime, the pool was awesome. It was protected from the breeze and it was not too cold and it was huge. It has a nice graded entry for toddlers. The only big downside was the hot tub was closed for maintenance. It was closed the day we got there and was going to open after we checked out. Bummer but not a deal breaker because the pool was nice. There was a poolside shower which I originally thought would be nice but then we realized they were difficult to operate and had some ice cold water. You have to check out the towels which was easy and there was a bar poolside if you wanted anything.

At night we peaked through the glass at the Casino. The security guard said I could come in. I told him I was with my kids and he said they were all welcome in. I was surprised. I assumed you had to be at least 18 to enter. My kids loved it: lots of lights, noises, and more people smoking than they have ever seen. It was like a carnival to them. At one point I took Jamal to the bathroom and on the way back I stopped for a minute to check a basketball score during the NCAA tournament. The bartender told me I had to keep moving since I was with Jamal. So apparently the rule is kids can come in, they just cannot stop moving. Funny rule, but we obliged.

The hotel was overall clean, and the pool was phenominal. They have a catwalk to get to the beach at the gulf which was nice because the street is busy. We walked the beach but skipped playing in the water.

Parking was abundant and easy to get in and out. The hotel is crowded at times, which is expected since it is a casino but the rooms were quiet when it came time to sleep. Overall I would highly recommend it based off the pool alone.