With the family gone, I needed something to occupy my time so I decided to move to the resort, Harbor Village, across the street. I had a friend, Pyal, who lived there who said a couple places were opening up. The places were small one bedrooms where the living room was also the kitchen. But being alone, I really did not need much space. The price was $600/month which was only $50 more per month than what I was currently paying. My current place was a large bedroom in the Portobello complex which was across the street from the ocean. It had a swamp view and swamp smell if the wind was blowing the wrong way. It had a full kitchen, roomy living room, and large bedroom. The main problem was that it did not have glass windows. 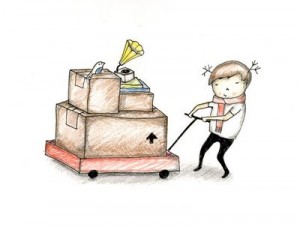 It reminded me on a place in India, where I have no desire living. The window had a screen that did not make a complete seal, with safety bars on the outside. To block wind and light, it had wood shutters that did not make a seal. The mosquitoes came in at their leisure.

Pyal, who knew the the manager of Harbor Village, convinced the manager to allow me, a student, to have one of the 2 opening apartments. I was excited. I was moving to glass windows, and hot water showers.