I know nothing about Pakistan. Until today, I couldn’t have told you the capital. 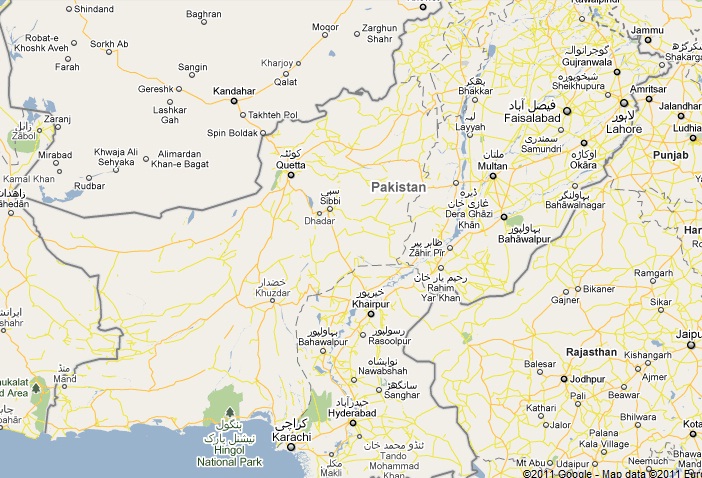 Turns out there was a bomb explosion in Islamabad in the city center the day before. Internal issues between various political parties. The people here are not phased by it. Plus, I think the Dutch embassy was bombed a coupled a weeks ago due to the cartoons making fun of Islam. I seem to have a knack for showing up at the time of bombings as I did the day the bomb went off at the 1996 Atlanta Olympics.

I have no choice but to hang around. I arrive and clear customs easily without any questions. I exit the airport and have no idea who to look for plus there are 2 ways out. Of course, I pick the one where the guy who is meeting me is not on. Fortunately, he was looking for a guy with a backpack so he found me. Plus, he lived in the US for 8 years so he speaks fluent English. He is the brother of a guy Tannu knows in Okemos.

So, I get some rest in my hotel room which is pretty nice. It is owned by some people we know in Okemos, MI so we get it for free (the wife of Jawad’s brother). I speak in all Urdhu with the staff, and they respond in all Urdhu so I wonder if they think I am fluent. I don’t have any local currency so I cannot tip them so they probably think I am cheap but they know I know the owner so they cannot do anything to me.

I nap and when Jamal comes with Aunty, they come to the hotel around 4:30pm. It is nice to finally meet my son. He is sleeping. When he wakes up, of course, he wants nothing to do with me. With time, we’ll be close. We head over to Jawad’s house. I meet the the rest of Jawad’s family.

After dinner at their house, they drop me off back at my hotel with the agreement that they will come to pick me up Tuesday morning at 8:30am to go to the embassy.

Exhausted from all the travel, I watch an episode of the Office on my computer and head off to bed.