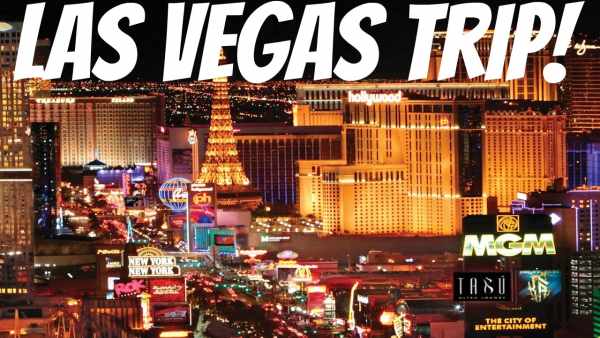 Hoover damn wasn’t too exciting but it was on the way and so overall it was probably an hour detour . The Grand canyon was breath taking. I didn’t appreciate when I was young. Have you been here? Even the drive to get there was scenic. We had to stop for cattle on the road, I think we stopped for a road runner, the views of the canyons, the old timeness of all the towns near the Grand canyon (no chains, just locally owned places).

The place in the Grand canyon we went to was perfect, you pay to get in and then they bus you to 3 different spots. Spot # 1: old time village right near the ledge of the Grand canyon. We got to have an old fashion draw, lasso bulls, pet some horses #2 this had the skywalk, and other ledges you could walk right up to. Not much to describe, mainly amazing views. They are strict on the skywalk, no phones and no camera as they don’t want people dropping things and you have to wear baggiies on your feet so you don’t scratch the glass. My goal was to walk on only the transparent portion which I accomplished. My legs froze a few times. My heart was probably beating a couple hundred times a minute and I know I was breathing fast and sweating. I think it was half panic attack half adrenaline rush, who knows Stop #3 was guano point, right on the ledge but with various peaks of different levels of difficulty. We stuck to the easy ones since I didn’t want my children to die. We didn’t make it to the peak of guano point, narrow path on the ledge, it made my legs weak. Breathtaking views. The park was closing as we boarded the bus as the sun was beginning to set.

We got back to the main section, went to the bathroom and headed out. As I mentioned even the drive was awesome. My phone was dead so I went off memory which terrified Tanya. I told it was a straight, left then right and explained how the sun set in the west so just need to somewhat head in that direction. The kids fell asleep within minutes, they were exhausted. With the 2nd half of the Georgia game on, I was saddened by the halftime score but Georgia came back. I did lots of yelling in happy and mad/sad tones so the kids woke up startled multiple times. Then Georgia finally too k the lead, then they stopped Oklahoma, I thought Georgia would go for the juggular, but they had to punt. Ok got life and scored on an easy drive. Then Georgia drove and coufhed it up.and scored. That was devastating. Georgia had to punt on their drive and I was sure ok would score at least a field goal to put the game out of reach with only a couple minutes left but the Georgia d saved the season. Georgia had one last chance with 2 minutes left. Cool and collected, from lead them down the field and scored with about 55 sec left. Plenty of time for Mayfield to get into field goal position. I’ll save you from the rest of the football part

Well we are staying here and this place is huge so its worth checking out the stratosphere. Lots of shops and more importantly rides/attractions ,plus Jamal’s not feeling great so this makes sense to stay near the hotel room.

We start off with breakfast at: Next is the skyjump

Since Hibah did the skyjump, she could also go to the Observation tower plus she got a ticket for a free admission which I used. So I purchased two more tickets for the younger two at $7/ticket since we were staying in the stratosphere. I think it costs $20 if you aren’t staying there.  It took about 5 minutes to get the tickets on the ground floor. Getting into the elevator area was a pain. They are aggressive about taking those ridiculously priced pictures. Hibah said the picture taking was intense. Once you got to the elevator it only took a couple minutes to get in and get up.

Once up, it was not scary at the top. You enter an enclosed area and then go through a revolving door to get to the outside. From the outside, you can enter one of the carnival rides if you have tickets and you can view the roller coaster one from out there although you enter the ride from inside. The view of Las Vegas is amazing. The fence is high so there is no chance of an adult or child falling through. Simply breathtaking. Since we were going up here we did not go up the Eiffel tower. This place is a must see. Anyhow if you are going to do the carnival rides, you have to buy a pass to come up.

Hibah was the only one to do the carnival rides. Tanya was scared as was Jamal plus he was under the weather.

Hibah did the Sky Jump. She jumped off the stratosphere. It was terrifying to watch. It is the highest controlled descent.  $99.99 + $20 for the video

Date: 1/4/18 This was our 2nd choice for horseback riding. Ultimately we didn’t chose this one only because cowboy trail rides came first. Im kind of glad we made the choice we did. When we got to the ranch, parking was difficult, everything was full. Based off the recommendations of our trail guides at Cowboy Trails, we ate here. The restaurant was good. I had a bison burger and the kids had their standard choice of chicken fingers and cheesburgers. Service was marginable, but the food was good. The bathroom was unique (boys bathroom) as you peed into a tub as the urinal. Our total bill for 4 of us was $40.88. After that we went through the petting zoo which was almost empty. The whole thing took about 15 minutes. We skipped the paid village Overall, the food was worth it but not much else here.