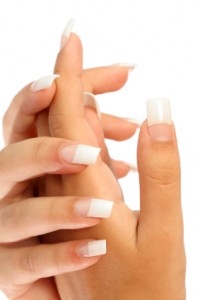 I cannot figure out why girls get French nails or is it called French manicure nails. It looks so fake when and artificial. I almost always initially think they are fake nails when I first see them. Maybe some guys find it attractive but I do not see the point in such a rigid transition from opaque to clear. For some reason when I see a girl with them, I think of slutty trailer trash. I am guessing that is not the look the girls are going for since often times they are professionally done this way for special events like weddings.. 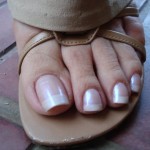 I especially don’t like it when they are on the toes. The toenails do not have much extra hangover since you have to put shoes on and so it really throws off the balance of clear and opaque. A nicely filed set of toenails without any fancy manicuring is all that is needed to look good.
.

While we are talking about nails, I am not really excited about long nails on girls in general. I don’t have a strong opinion on this as I do with the French manicure but I would rather see nicely trimmed fingernails on a woman versus 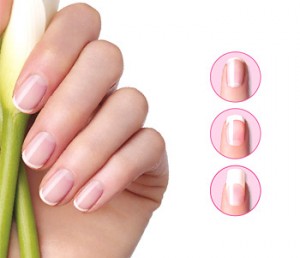 long useless nails. It is more of a practical issue than anything else. When I see a girl with long finger nails I assume she basically does nothing with her life. She obviously will not be able to type very well with the nails and she does not attempt to play any sports since her nails would obviously get in the way and break. My guess is she sits around her house watching Oprah while on the phone setting up her next social event. The best set of fingernails are the ones with a tiny bit of extension. That basically tells me you are practical, well kept, and beautiful.