So I broke my phone after dropping it on cement. I had a Samsung Galaxy III and I had only had it for a couple months after I was eligible for a free upgrade and thereby extended my contract for 2 years. I initially called Verizon and told them I have been a customer for over 10 years and have never asked for a favor so I asked for 2 phones since my wife dropped hers as well. They said no. I was getting quoted about $300 per phone by outside services to fix the screen and digitizer since the screen was broken, not visible and does not recognize touch. I was back on my Droid 3 which I like because it has a keyboard but the problem is that it is stuck with very dim lighting. Eventually, the light gave out altogether so I cannot see anything on the screen unless it is pitch dark. 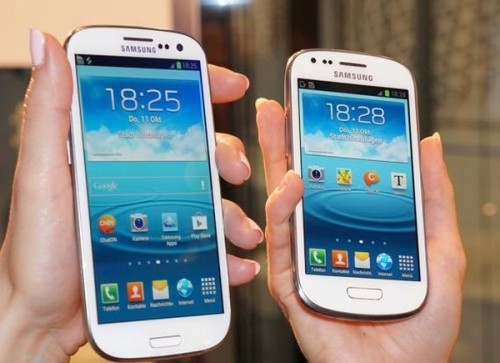 So I called and said I would switch to Sprint if they did not give us 2 phones. No luck, they were too smart for my game. Where I live, verizon by far the best reception. When I moved here a few years ago, ATT would not work inside a lot of houses. So I stayed. I finally found a local place that would fix each phone for $155 so I dropped it.

Then I also found out about the Verizon Edge program. Basically they market the program as getting a free phone which is a total lie. Really they finance your phone over 24 months at retail price. However, they do also take off $10/month off your plan. Most of the phones are at least $20 per month but the Samsung Galaxy SIII is $10.43 per month so now I am paying $0.43/month X 24 months so about $10 total for a new Samsung Galaxy SIII mini. You must activate the phone and you must turn in your old phone if you were not eligible for upgrade and the old phone must be in good working condition. No problem, I was down to a Droid X that I got from a friend. So now I have my Galaxy SIII which was fixed the the SIII mini which I am using. It really is not much smaller.

I suggest you do the following:

1. Activate one of your old phones
2. Go to a verizon store and ask to go onto the verizon edge program
3. Chose the Samsung Galaxy SIII mini
4. They will activate the mini
5. Dont buy the costly insurance
6. Turn in the old phone you just activated
7. Once the SIII mini is activated, decide which phone you really want to use and go online to your verizon wireless account and activate the other one instead unless you want to keep using the mini

You are still eligible for a free upgrade at the normal times or whenever you have at least 1/2 the phone paid off which is in 1 year unless you make extra payments. Do not quote me on step 7. I am not positive if you have to stay on the Galaxy SIII mini for any period of time but check. You can then sell one phone and make some money.

My wife did the same thing as well so now we are going to sell one of the phones so we have at least one backup phone.