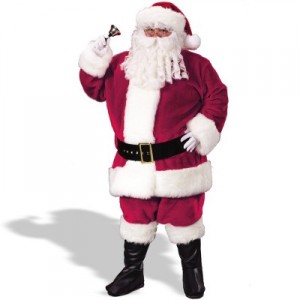 I dreaded the day Hibah and Tannu were going to leave. We had a birthday party for Hibah at a restaurant called the Garden Cafe that served Middle Eastern food on Saturday. It was mainly all students in my school and some University staff. The closest person to Hibah‘s age was a 12 year old that was one of the the staff member’s sister. It was fun and sad, knowing this was the next to last day with Hibah and Tannu. The owner of this restaurant claims to be the Santa Claus that Coca Cola uses for their ads. He has posters of Coca Cola Christmas ads that look like they are pictures of him. It’s hard to know for sure but he appears to be the actual Santa Claus. Who know that Santa Claus has one home on the North Pole and one close to the equator. The party ended and we got dropped off.

Monday morning arrived quicker than I could imagine. The cabby was on time and I picked Hibah up for the last time. She was sleeping so she had no idea what was going on. She woke up as I was putting her in the cab and I was crying like a little baby. This would be the longest I have spent without her. The previous longest was about 1.5 weeks when Tannu and Hibah stayed in India longer than I did. I kissed Tannu goodbye and waived them off. It was depressing. I had class that day so at least I had some temporary distractions. I was pretty depressed for a couple days. I would see them in December but what if Hibah forgot who I was.