Decision to Go to Medical School 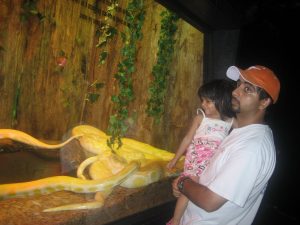 Living in North Carolina, beautiful daughter, beautiful wife, in the process of adopting a child, good friends around, business going well, and about to hit our 10th wedding anniversary.

The downside of my work is that I cant go too far away from a computer for an extended period of time which means I rarely vacation and when I do, I usually work from the hotel during the day while the ladies go out.

For our 10th anniversary we decided to go to Myrtle Beach. Not to far away and I agreed to ignore work and go out during the day. Perhaps a bad move as I’ll explain later. Our legal anniversary (civil ceremony) is July 7, 1997 in Virginia Beach, VA and we had our wedding ceremony on August 9, 1997 in Lansing, Michigan.

We booked one of the nicest hotels in Myrtle Beach facing the ocean. We finished up our in house visit with the adoption social worker and then head out to Myrtle Beach to enjoy a long weekend at the beach and reminisce about the last 10 amazing years.

With work off my mind for a few days, I was free to think of other things for a few days. Immediately, on the drive there, I started thinking about the last 10 years and how lucky I am.

Money was good, beautiful daughter, beautfiful wife. Amazing friends, although, they are separated by distance.

Hibah was getting older though. Ultimately, she is the only thing that makes me happy. She would be talking more soon, going to school, forming her own opinions. What would she think of me? I have no doubt she would say I am loving and caring and respect her like no other. But what would she say about what I do for a living? I envision she would say “Daddy makes lots of money”. I cringe at the thought. My work pays wells but ultimately I offer a commodity to people who are look for a cheap and quick option to get mandatory education. There are many competitors but my advantage is low overhead so I can keep prices low. The reason I stopped being an actuary was because it was not satisfying. It paid well. I seem to be in the same trap again. It is now time to put an end to the game. Of course, having a certain amount of money is still important but in terms of job satisfaction and making a difference in the world, I feel being a doctor is a perfect choice. Time is not an issue for me, hopefully it never will be. I could be gone tomorrow. Hopefully, when I do do, I wont have any “what ifs”. Hopefully, ultimately, I will be proud of me and Hibah will be proud of me.

So, off I go to Medical School. I think the decision was well thought out. Of course, it surprised everybody including Tannu. The rest of the weekend was amazing. We all had fun.

So, now I’m a medical student. Hopefully, I won’t have to recall any Organic Chemistry.