The Hawks get 4 into the All Star Game, well deserved. The hawks get 2 of 8 into the skills challenge and one of 1 of 8 into the 3 point contest and one member in that other competition. All well deserved. I know I am paranoid but the outcome is what has me scared. Kudos to Dominique for bringing home the title with Bosh, unfortunately he does not play for the Hawks currently. Korver had no chance in the 3 point contest and barely made any noise. Teague choked when he had a lead after getting cocky. Schroeder never had a chance. And all 4 in the ASG are reserves. I get spooked when I see them write ASG for the All Star Game since it is the same acronym as the Atlanta Spirit Group. I am worried this is a microcosm of the the season. 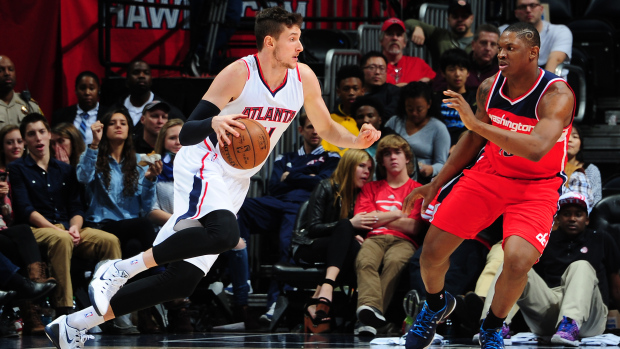 My hope. In the east I hope the pistons and Celtics sneak into the 7th and 8th spot, both of which are ripe for the taking. In the west, I hope the Thunder sneaks into the 8 spot over Phoenix. If somehow the clippers could melt and fall out all together, that would be even better because then I actually would like all the teams in the West. A Spurs Hawks finals would be a dream come true.

My fear. The owners try to get an outrageous amount because of the team success and stall the process right around the playoffs causing turmoil and an early exit and then blame the fans again.