Why the Braves will never win (this season) with Bobby Cox 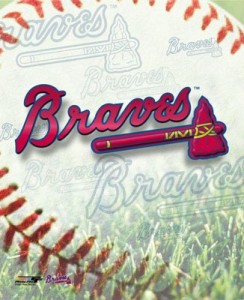 The 2010 Atlanta Braves are not taught to win. The Braves will never win.

I think we have a great lineup and great pitching and we could easily vie for the championship but not the way we play. We are a team of solid players. We don’t have power-hitters, we have a lineup from top to bottom that bats around 275. We have guys who are of average speed so that means not too many stolen bases, which is fine. Problem is, we play like we are loaded with home run hitters. Small ball is not in the team vocabulary.

The problem starts with Bobby Cox.

I think we do a good job of getting at least one runner on almost every inning. In my estimation, it takes us 4 hits, including walks, to get a runner home and here is why:

First off, we never play for a run, we always play for a big inning so the next batter will almost never advance the runner to second. In the chance we get a hit, our runners never seem to advance to third. I assume the prevailing thought is we don’t want to make the 1st or 2nd out at 3rd base. Since we didn’t do it to begin with, forget about advancing both runners into scoring position now. This time, it is really the same thing again. If we get another hit, our guys seem to advance one base more often than not and never score from 2nd on a single. I don’t know if someone can check this stat but I’m guessing we lead the league in fewest runs scored from 2nd per singles with runners on 2nd. I know STATS has that stat somewhere. I know we have a team of average speed guys but I’m guessing we have some conservative coaching at the corner and our guys are not being taught how to get a good jump on the ball. Lo and behold, if that 4th hit comes, we finally score. 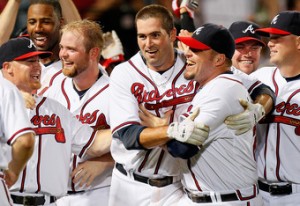 Mix into this, since we only play for big innings, we also hit into a lot of double plays. I firmly believe if all the guys were taught how to bunt properly, hit groundballs to various locations of the infield, and hit flyballs, we would have a lot more runs. The big inning is fun but it rarely happens. We should play for 1, if the leadoff guy gets on and then when there are 2 outs, swing freely. We need to take more chances on the base paths. Guys on second base should always try to score with 2 outs and almost always with one out. If we have a guy on first with one or no outs, he should always be bunted over to 2nd. A guy on 2nd with no outs, should be bunted to third. Our team would thrive with this philosophy but it will never happen.

I can only hope for next year.