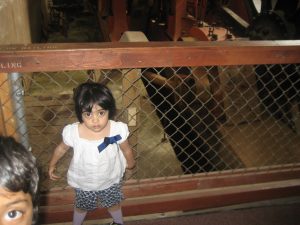 Today was more relaxed. I did not want to overexert the kids seeing as how much walking they did the day before and plus the south side of the “UP” is more general scenery with less actual attractions and events.

We were in Iron Moutain so we started off with the Cornish water pump. Massive pump with an attached museum that has lots of mining equipment. The kids were not overly impressed but it was not too big so you can easily see everything and read about things within a half hour. We bought some stones and headed out to the bat cave.

The directions we had sent us the wrong way. We went to West A instead of East and never saw Park Road however we did see a park. I assumed the road within the park was park road. We stopped for a half hour so the kids could play on the park equipment. It is a nice park and so if all else fails, all I need is a park with playground equipment to satisfy the kids. On the drive out of the park, as we continued to look for something mentioning bats, we saw a big enclosed area with deer. We stopped there and let the kids feed the deer while I asked another parent about the bats. Turns out we needed to take East A.

Headed out and easily found the Millie Mine Bat Cave. The only time you can actually see bats is May and Sept since they only come there for mating. However I assumed you could walk in the cave. I was disappointed to see the mine shaft was encaged and so you really could not see anything. You could walk by it and have no idea you walked by it if not for some general informational signs about bats. There was however a very nice short path to an observation deck that overlooked the city. The walk was very safe to the point where I did not feel the need to hold my 4 year olds hand at any point since if he fell the worst would have been that he rolled a few feet on the path. Even from the observation platform, the ground below only gradually declined so a fall would only be about 10 feet onto grass. We took in the view for a few minutes and headed off. Got some Burger King drive thru, filled the gas tank, and headed towards. Iron Mountain was a pleasant town, larger than what we have seen for a few days, however if you are pressed for time, you can easily skip this town and the kids will not miss anything.

As for the hotel, the Americas Best. It was adequate. Area seemed safe. Hotel was slightly run down and had that old feel to it. It was clean and there was a nice free breakfast with waffles, bagels, fruit, bread, donuts, cereal, and various standard drinks.

You can easily circle back legally and so only about 30 seconds was lost. We were greeted by two friendly ladies who took all 5 of us into a caged area with all the female alpacas and told how and where to pet the alpacas so we did not get kicked or bitten. Basically you want to pet them on the front on the them, not near the back and not on the head. Tanya, the 2 year old, always wants to touch the Tanya size ones (the babies). Baby alpacas are fast and afraid of humans but the lady was nice enough to coral 2 of them for us so my daughter could pet them. All of us pet a bunch of the adult ones without a problem and none of them attempted to bite or kick. The kids enjoyed. We then went inside their store and the kids bought a finger puppet and doll made of the alpaca fur. There was not a cost to see and play with the alpacas.

We headed out from there and drove straight through Escanaba. I didn’t find anything interesting for the family there. Seemed a like a typical medium/small city. Basic restaurants, shops, general family activities and parks, but nothing unique. Everybody except Hibah was sleeping anyhow so we continued through on US 2 which goes straight through downtown Escanaba. 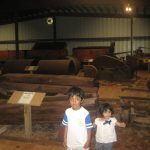 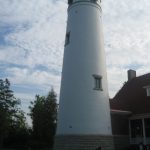 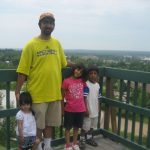 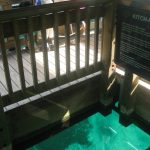 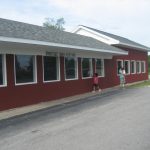 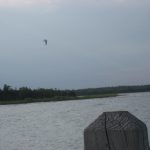 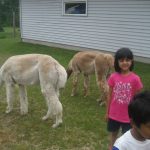 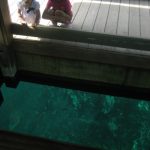 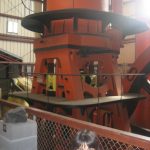 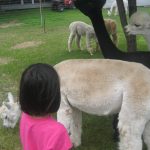 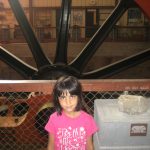 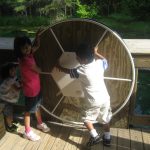 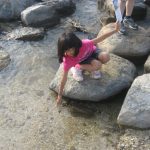 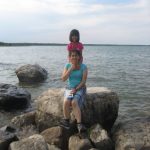 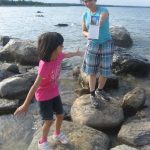 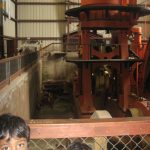 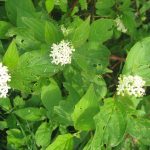 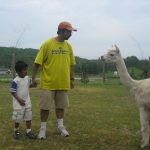 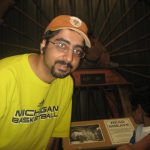 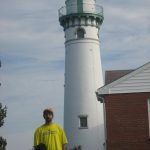 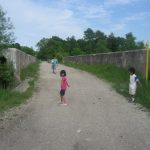 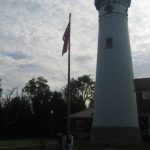