Here is how my weekend has gone:

It was an eventful day on Friday. I studied a little in the morning. Couldn’t find a ride to Friday prayers so I took a cab.

Went to class for 4 hours then played in a ping pong tournament. Lost in the semis. My semi-final match was interrupted a few times because somebody lost their wallet . I ended up eventually losing. I was supposed to go to dinner with a few of the school staff for a birthday at 8pm but since somebody stole one of the students wallets during the ping pong tourney, we were at school until 9pm and I went to the police station and we left at 9:30. The birthday girl left because she said her mother was expecting her home at 9:30pm (she is 29 years old) so I went out to eat with a couple other people at a Mexican place in front of the school. It is owned by a Texan family. We ate for a couple hours and then I went home.

I got back to my place and there some guys on our porch drinking. They stayed there for an hour or so and then they split up and some went to a local bar and some went to the whorehouse. Then I cleaned the bathroom and the bedroom and sorted out some papers. Some of those guys came back at 4am and were incoherent.

One of our neighbors (not sure if he went to the whorehouse or the bar) was trying to tell me a story which I could barely understand since he was so drunk and high. He was talking about his new haircut (he is very obsessed with his hair) and how he was walking with one girl when these other 3 girls came up to him and one of them said he had a nice haircut. He was soooo excited. We were expecting him to say that he hooked up with the girl but the only thing she did was just say his haircut was nice. He was soooooooooooooooooooooo excited. They soon left, I finished up some paperwork and went to bed at 5am.

Saturday: Woke up around 10:0 am and studied for an hour. I was going to watch the Mich vs OSU game with a couple other students. They called and told me they were picking me up but to start walking down the street from my place and they would get me there. They picked me up and explained that they didn’t want my neighbor to see them because he is perhaps the biggest partygoer on the island and I am guessing one of the biggest coc users of the students and so they didn’t want to be seen by him because they would get sucked in. That’s why they had me walk a little. They were all drunk already (1pm) including the driver and were drinking in the car. We went to one of their houses to watch it. Right away the pot came out. Fortunately, they went to a bedroom to smoke it because a) I don’t want to be around it b) I might have to take a drug test for the adoption when I get back to the states during Christmas. I ended up watching the game basically by myself while they drank, smoked, and played Uno (they kept a complicated log of who won, participants, length of game).

They dropped me home after the game and I took a nap, woke up, ate some food my roommate cooked (he is a good cook), then our neighbors came over and took all the food. They have a nose and are always taking things from us claiming they are borrowing them. They are friendly, just not very responsible. We have started being less friendly because they are taking advantage of our generosity, but it is hard to turn people down for food but these guys take advantage of you. When we buy groceries, they won’t buy grocers but will use ours. The way it should be is you use our groceries if you are running low on something, not as a replacement for buying it yourself.

Then I talked to Tannu for a couple hours. Then I played basketball from 11pm to 2:30am at a local gym. I had fun playing. Most of these guys claim to be high school basketball stars but there is definitely some exaggerating going on here. I am definitely not the best one out there but i am nowhere near the worst. It gets pretty rough, there are a few near fights and tons of bruises. 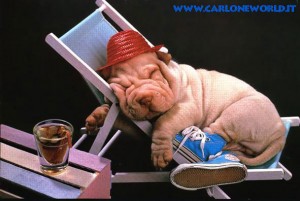 I could barely walk when I left and felt like puking. That is a good kind of pain.

I got back home, showered, and eventually fell asleep at 4am. So I now I write you today. Actually, this was probably the funnest weekend I have had here since Tannu and Hibah went back to the US in mid-September. I don’t like most of the people here but I enjoyed this past weekend. Perhaps, I will survive here after all.